WRAS Sweeps State Selections and Cyclists of the Year Awards

Dominance can only describe the current season the Western Region Academy of Sport (WRAS) supported cyclists are putting together. 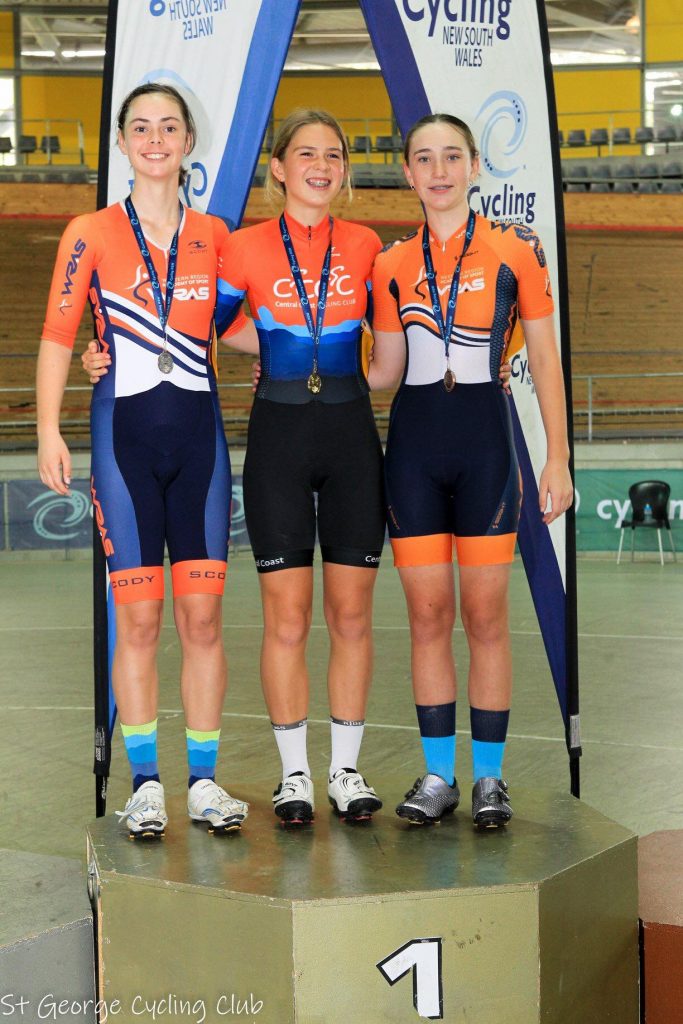 Ebony Robinson (Left) and Isabelle Russell (Right claiming silver and bronze in the Junior Women’s U15’s Scratch Race. Both will feature at National’s in March for NSW.

In the seventh year of the program since being reinstated back in 2014, Executive Officer of WRAS Candice Boggs says these achievements in the velodrome are some of the best WRAS has seen.

Ms Boggs says what the athletes have accomplished is all a testament to not only themselves but to everyone involved in their rise.

“We are incredibly fortunate for the athlete’s local coaches Vaughn Eather (Dubbo) and Marian Renshaw (Bathurst) who work the with them on a weekly basis and prepare their training environment for peak performances at events like state and national championships,”

“And all that work was pretty evident, with our athletes regularly featuring on the podium which is just a testament and justification to all the hard work they put in every week,”

From the Elite Women’s section to the Under 15 Men’s division there is a mix of riders who will debut at Nationals while some of the older members will be considered veterans.

Kurt Eather will race for the sixth time in the championships first featuring in the state squad in 2015 while Tyler Puzicha and Kalinda Robinson will race in their fourth national championships.

“We are lucky with our athletes, every squad has very driven and successful athletes, but our cyclists this year keep going from strength to strength,”

Ebony Robinson, Xavier Bland and Cadel Lovett will all feature in their first Nationals.

Ms Boggs says the chance for the WRAS athletes to show what they can do on a national platform is so exciting for them and has every faith they will be suited to the championships.

‘All the work they do with their coaches at training has created a perfect opportunity for them to excel,”

“We are just excited for them to have these opportunities to showcase their talent and that of regional athletes at a national level,”

Coordinating Coach of the WRAS cycling program Vaughn Eather has also been selected as a coach for the fourth time and will join the state squad at Nationals. For a full list of the cyclists selected click here.

2019 NSW Cyclists of the Year Recipients: