He was hooked into the sport by age twelve joining his late friend Keegan Downes in road cycling, before a move to Dubbo sparked his interest in cycling coaching.

After meeting and working alongside his now mentor Gus Dawson firstly with the junior riders, Eather said that this relationship has provided him with invaluable support.

“Gus taught me so much since I began coaching and even now, he is always the one I turn to when things don’t seem to be working,”

Eather refined his coaching skills with Dubbo Cycling Club, later joining the Western Region Academy of Sport as an assistant cycling coach in 2014 after his sons’ Kurt and Dylan were selected in the academy’s cycling program. 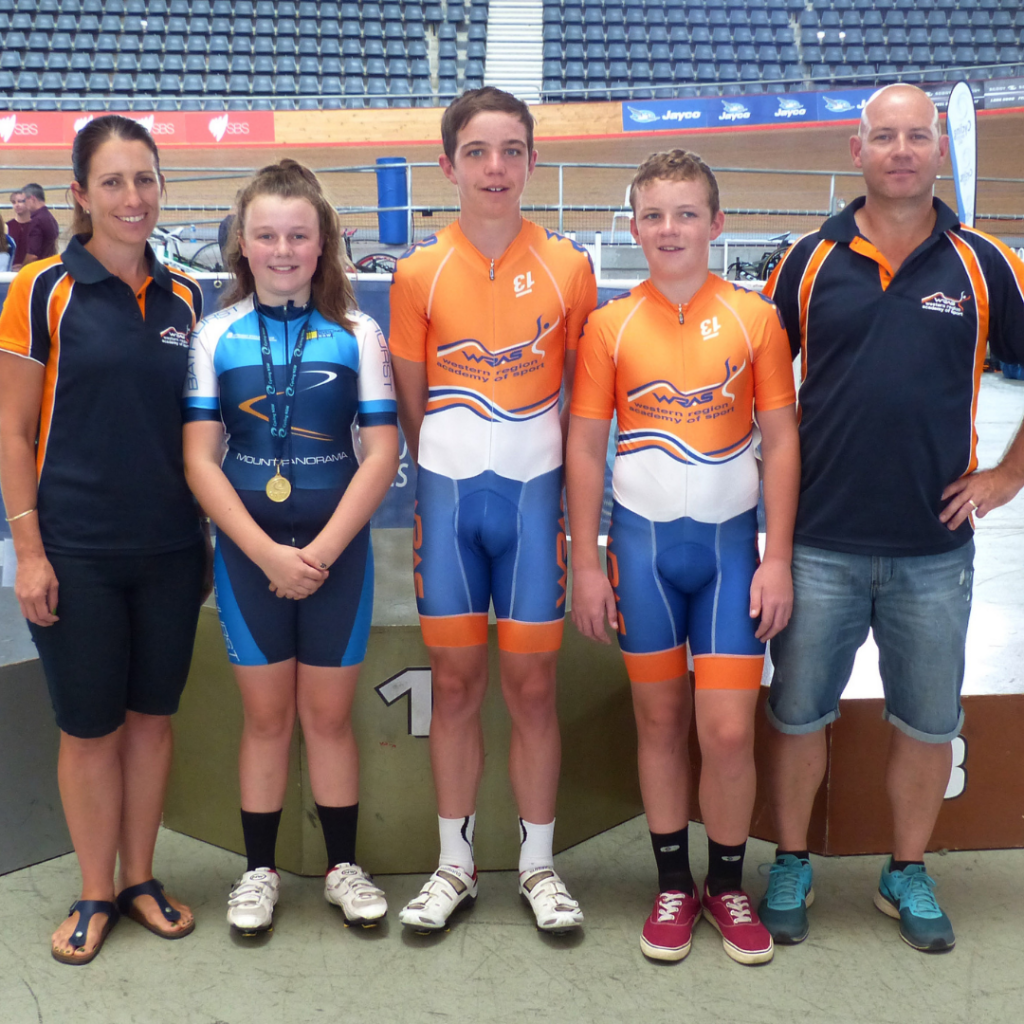 Reflecting on his time with the academy he said it was an incredible opportunity to learn off other amazing coaches and athletes.

“It was great to be helping out other athletes from different clubs & working with different coaches over the years. The knowledge & experience you receive from working with multiple coaches is irreplaceable,”

“We have some really great coaches like Andrew Carter, Glen Carter, Gus Dawson, Toireasa Gallagher & Marian Renshaw in the Western Division who are all committed to spending the time that is needed with the athletes for them to be able to achieve their goals,”

In 2019 alongside Marian Renshaw and Vaughn Eather were named the WRAS Coach of the Year after an incredible year, highlighted by Daniel Barber, Dylan Eather and Trent Hines (all WRAS athletes at the time) competing together for NSW in the U17 Men’s Team Sprint event at the 2019 National Championships.

“Watching a number of our athletes grow & succeed over the years has been a real joy. But seeing those three young men who were WRAS athletes and all from Dubbo Cycling Club compete for NSW and claim gold, that was definitely a standout memory during my time,” Eather said. 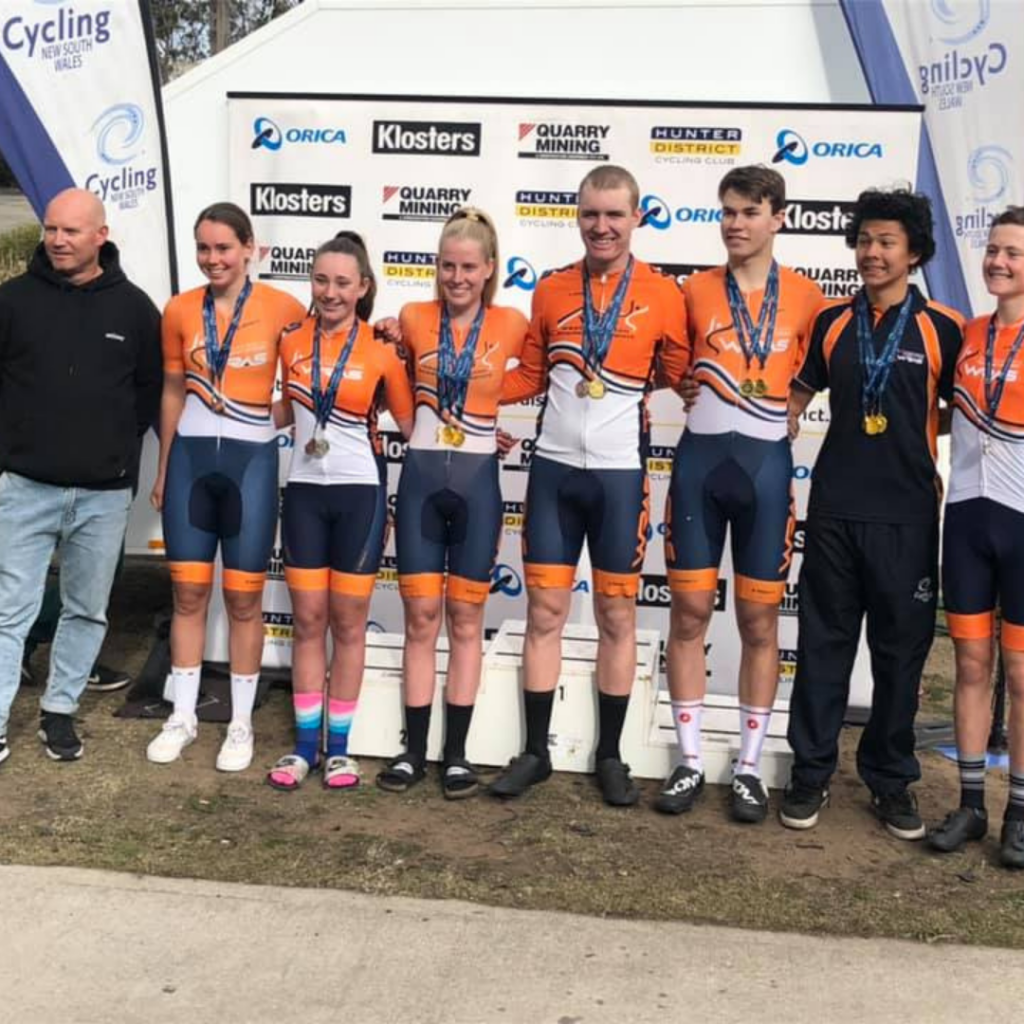 With a desire to improve and adopt every year, Eather aims to learn from every opportunity to help his ‘Trust the program’ coaching style evolve.

“I have been fortunate to work with Cycling NSW state teams and the NSW Institute of Sport, and I then try and apply this knowledge with every athlete coming through local racing, WRAS or competing at the national championships to reinforce the notion that nothing is achieved without hard work and if you believe in yourself, anything is possible,”

During his coaching career, Vaughn has worked with numerous pathway athletes, coaches and teams including the NSW U15/17 and U19/Elite teams that attended the National Championships. He has also been involved in taking a NSW U19 Development Tour to the DMZ in Korea.

Currently, he is working on his level 2 Advanced Coaching course, which is aimed at coaches who work with elite athletes.

For his lifelong dedication to cycling, he was nominated as a state finalist for the Sports NSW Community Coach of the Year Award.

The academy has been very fortunate to have Vaughn pass on his knowledge to our riders, and we wish him all the best in future coaching endeavours.