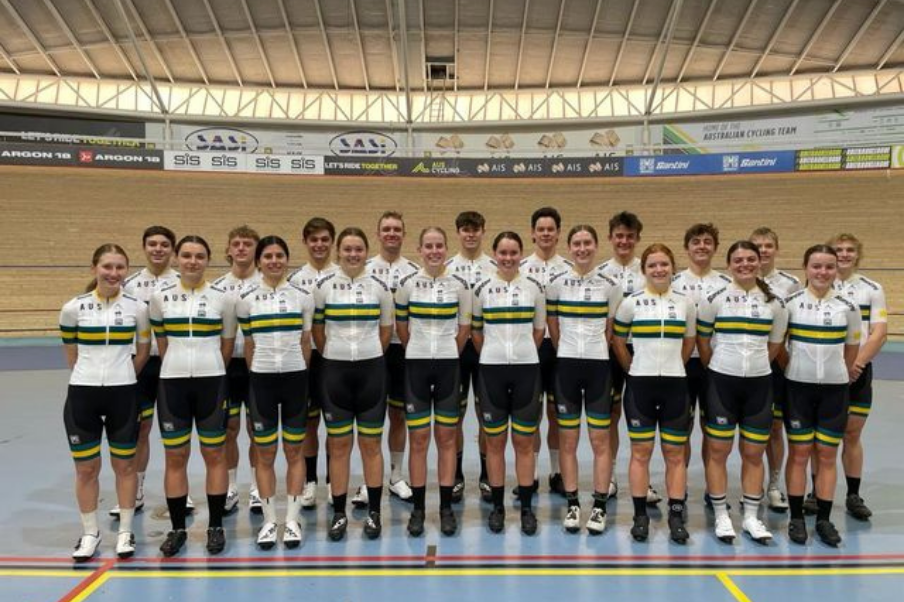 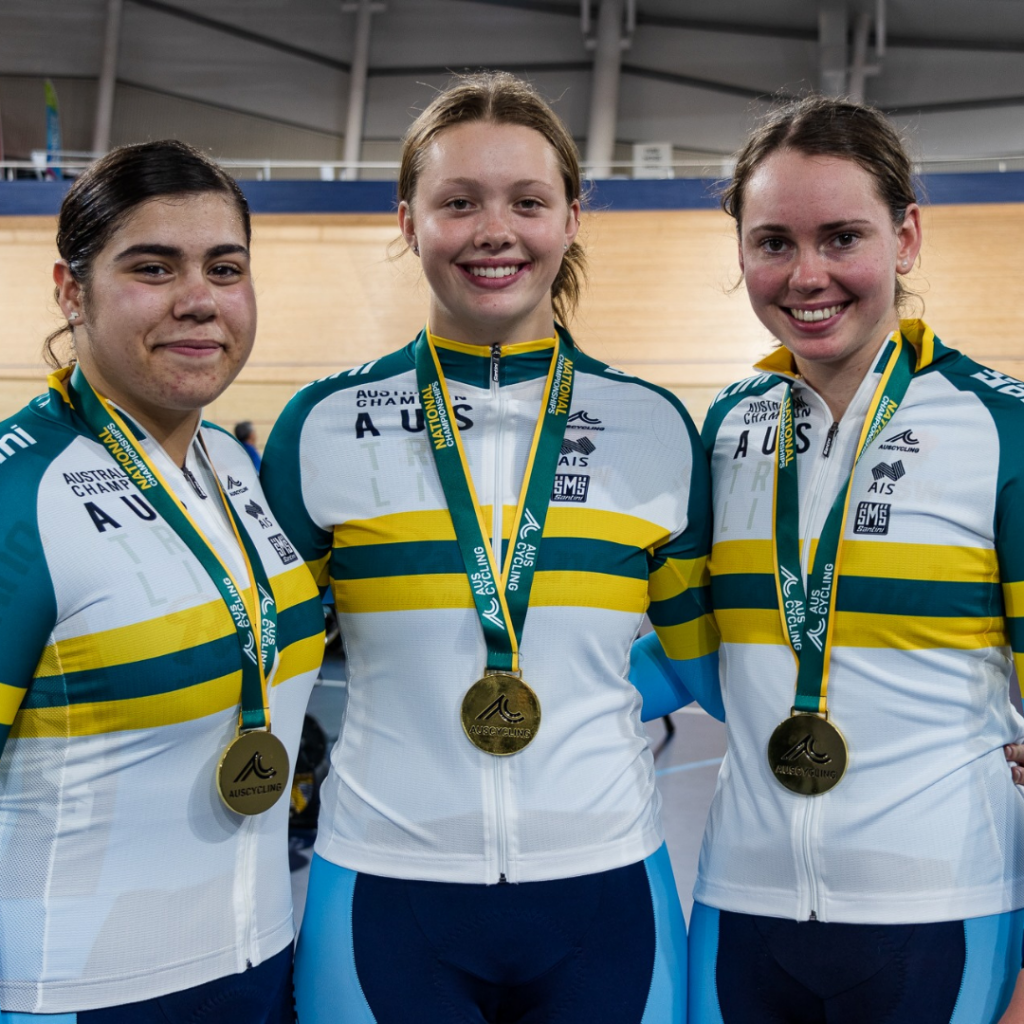 “To be able to learn off such high quality sprint coaches and work with the national psychologist, nutritionist and gym coach in a variety of sessions, I was able to improve my understanding is so many important aspects that go into cycling. I really took a lot out of the intensive training as it gave me some new techniques to follow up on which I will use during training and racing on and off the track.”

Robinson was invited to the camp following an impressive showing at nationals where she claimed one national title and three medals. She was a part of the NSW U19s Women’s Team Sprint that claimed gold (pictured right), and also went on to finish second in the JW19s Individual Time Trial and third in the Kierin.

She added that being invited to the camp and being able to wear the national colours never gets old, but to do it with her fellow WRAS athletes made it even more sweeter.

“I’m very grateful to my coach Marian Renshaw, the WRAS cycling fraternity and WRAS staff because being invited to that camp showed the past five years of hard work is paying off. To be in that environment and see familiar faces around the training sessions, shows the quality of WRAS athletes and the success of the cycling program,”

“The fact that the NSW contingent at the national camp was made up of all WRAS cyclists was amazing, and to finish the week receiving our national uniform together capped off an amazing experience. I always dream about receiving my Australian uniform and regardless of where I get to wear it, it is always an honor.

Robinson will now split her time focusing on training and her HSC before the track season starts in October. She will also be competing in NSW cycling carnivals leading up to October and further training camps in Brisbane and Adelaide.