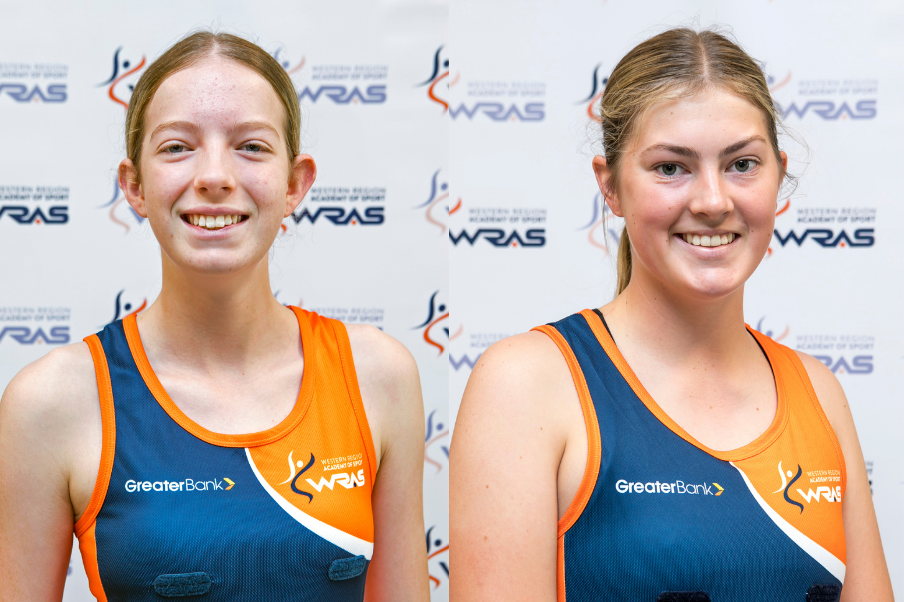 Following impressive improvements throughout the year, Bronte Cullen-Ward and Mackenzie Wright have been selected as the Greater Bank Athletes of the month for April.

Since the start of the year, the girls have shown an amazing attitude and willingness to improve at every opportunity, with Head Coach Linda Macleod impressed by their dedication so far.

“All our girls work hard away from the Greater Bank netball program, but Bronte and Mackenzie showed up at every training sessions ready to learn and it was clear they were routinely putting effort into improving their overall game. You could see early on in the year they were taking on coaches feedback and at Academy Games it was clear they had made the effort to implement that into their on court performances,”

Bronte, a Bathurst netball product in her second year of the WRAS program showed great commitment in her work ethic towards refining her presence in the attacking third and presented as a terrific option during the Academy Games as a dual goal attack/goal shooter player. Meanwhile, Mackenzie a first year WRAS athletes, playing in the defensive third has shown great application in improving her defensive pressure throughout the year and showed tremendous poise playing as Goal Defence and Goal Keeper at Academy Games.

The squad will now turn their attention to local netball competition, with WRAS training sessions resuming in July leading up to the Academy Challenge in September held in Orange.