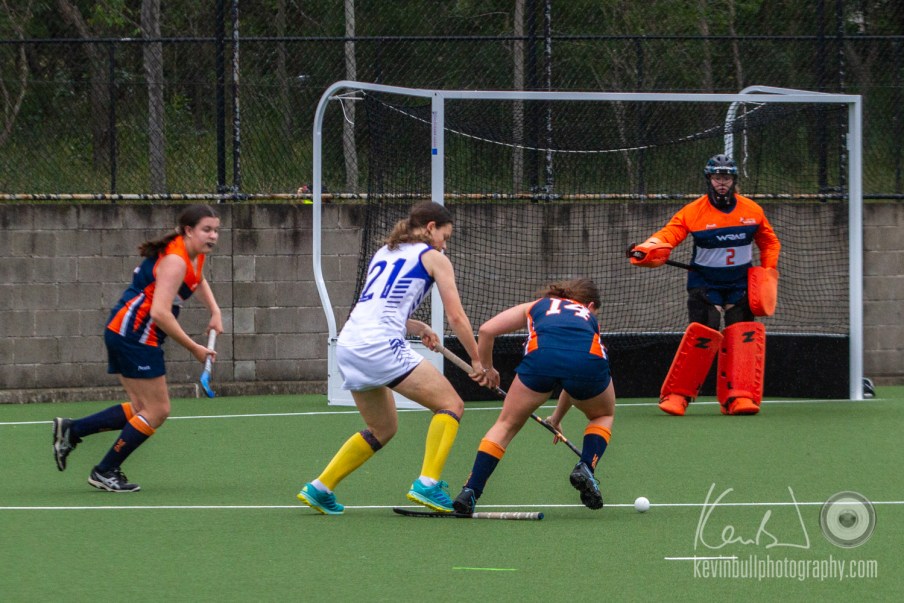 At the 2021 Your Local Club Academy Games, the Western Region Academy of Sport (WRAS) athletes experienced a weekend full of great learning experiences despite a mixed bag of results. With 103 athletes and squad staff members participating across AFL, Basketball, Hockey and Netball the weekend offered plenty of opportunities for WRAS to test their skills against some of the best athletes in the state.

We would like to thank Hunter Academy of Sport for hosting their third edition of the Academy Games, which saw over 1 400 athletes and their families travel from 11 Regional Academies throughout NSW to compete in the tournament throughout the Hunter Region. See the full list of results below:

U16s: Teaming up with the Central Coast Academy of Sport, the Under 16s showed tremendous spirit and effort right across the weekend. Despite not winning a game, the girls showed incredible skill against classy opponents up until the final siren. Congratulations to Tasymn Davies who was announced as the co-captain of the side for the weekend.

U18s: Elly Rudd and Cleo Dickie joined the Hunter Academy of Sport side in what proved to be a very tough competition. The girls performed remarkably well returning home with a silver medal after putting in their best efforts in a close final against South East Sports Academy.

U16s Boys: Saturday started bright for the team, claiming a tight 49-48 victory over Hunter B. But coming up against Central Coast and Illawarra, the boys faced stiff competition unfortunately going down in both games. Sunday though finished on a positive note, with a committed defensive display against South West Sydney ensuring a well deserved 86 to 26 victory to finish 7th overall.

U16s Girls: Displaying continued offensive and defensive pressure the girls were faced with strong opposition ending Saturday without a victory. Despite the results, the girls remained confident and took a lot of pride in their performance to ensure Sunday was a different story, which saw them secure a well deserved 51 to 25 win over Northern Inland to also finish 7th overall.

Men’s: The first day of competition was full of tight results that saw the boys finish with one win, one draw and two losses against some quality opposition. Heading into Sunday with a chance to make a playoff, the boys started strong with a win over Hunter B, but a tough loss against the Hunter A saw them make the 5th/6th playoff. Despite a resilient effort in the playoff, the boys went down to Central Coast Academy in a close playoff game.

Women’s: Entering two quality women’s teams (WRAS 1 & WRAS 2), day one saw both sides finish in a strong position with WRAS 1 collecting three wins and one loss and WRAS 2 earning two wins, one draw and one loss. Tight results on Sunday saw WRAS 2 make the playoffs, finishing fourth after a close loss to Hunter in their semi-final. WRAS 1 performed well in the grand final match, going down to Sydney Metro Academy in a penalty shootout following a draw at full-time.

From their performances over the weekend, Ally Cook, Addison Chapman and Samuel Guimelli were named MVP’s in their respective teams.

It was a tough weekend for both the Div 1 and Div 2 girls, which provided strong competition for the WRAS netballers following a season sidelined due to COVID-19. The weekend focus was to build through each game and develop each athletes skills and confidence throughout the weekend. After two quality days of netball, Eliza English was named WRAS Netball Div 1 MVP and Taliyaha Chatfield named WRAS Netball Div 2 MVP for their superb efforts on the court.