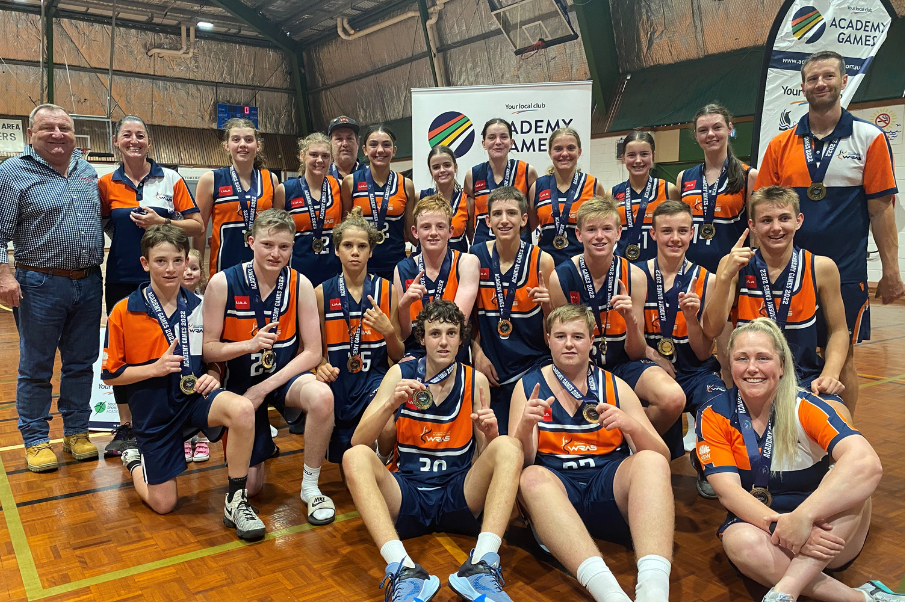 The Games were held across various venues in Wagga Wagga from Friday, April 8th to Sunday, April 10th.

1300 athletes across 11 regional academies came together to celebrate the talent across the state with WRAS represented in six sports at the Games; Basketball, Cycling, Golf, Hockey, Netball and Triathlon.

Across the three days of action, our athletes came away with two gold medals, five silver medals and three bronze medals.

Below is a list of all the medal winners and notable results:

WRAS finished with all riders on the Podium and second overall in the Academy Points Score, beaten only by the local Southern Sports Academy.

The WRAS Golf squad returned to Academy Games for the first time since 2018 and battling some trickery conditions over the two days the golfers performed well.

Both the Div I and Div II teams improved throughout the weekend, gelling well and building some terrific combinations. Both teams were able to secure impressive wins on Sunday with Hallie Wolfenden (Div I) and  Maddison O’Riley (Div II) announced as the WRAS Most Valuable Players for the Games.

WRAS umpire Caitlin Cox also had a terrific weekend developing her skills under the guidance of our mentor coaches Michelle & Shelley, alongside Netball NSW Umpire coaches.

Triathlon returned to WRAS in 2021/2022 and the academy was represented at this year’s Games by six of our triathletes.

The results are an added bonus as across the weekend it was clear to see the enjoyment and support each and every squad received across the Games.

“The aim is for our athletes to leave our programs as better people on and off the court. It was great to see the squads bond, demonstrate incredible sportsmanship and recognise the immense talent within the regional academies,” WRAS Executive Officer Candice Boggs said.

“We were also pleased to have UAA CEO Michael Murphy in attendance over the weekend. It was a great opportunity for our basketballers to meet Michael and thank UAA for their support of a successful 2022 program,”

‘To the WRAS coaches, managers and the administration teams from all the regional academies, this event would not be possible without your care, time and effort.’