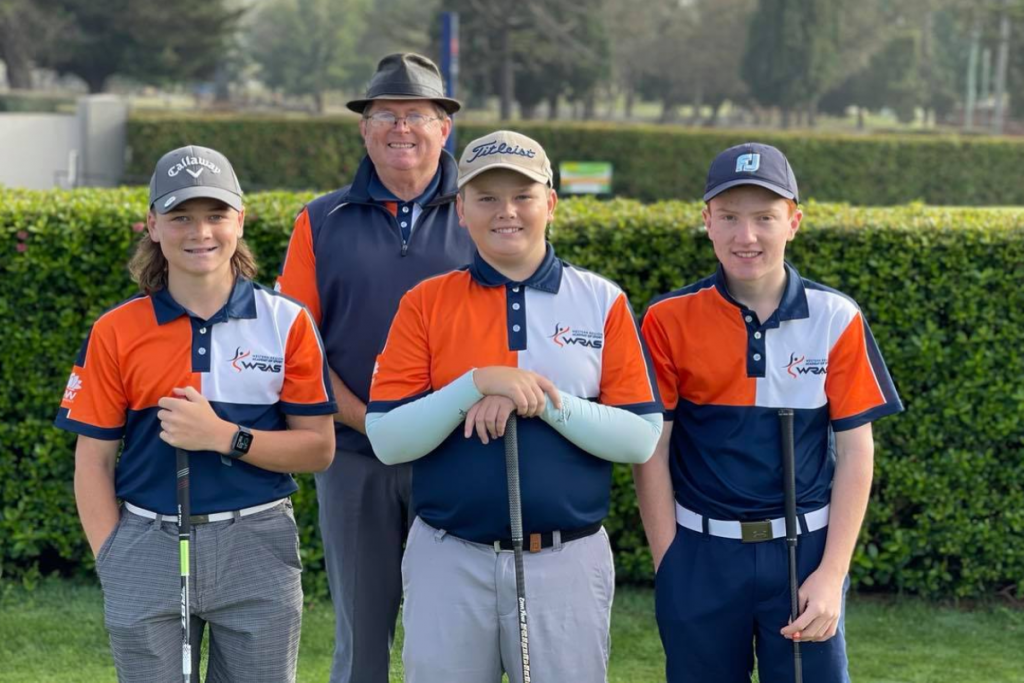 An unusual weekend of weather could not stop the WRAS golf squad with Cooper Starkey and Jake Davis earning selection for the Regional Academies of Sport North versus South Presidents Cup. The tournament is a match play competition between the northern and southern academies in the state providing a unique opportunity to the academies top golfers to participate in a three day event in a team environment.

Battling torrential rain and thirty degree weather the squad had all their attributes tested during the 6th-7th February qualifying weekend. Head Coach, Bruce McLean said the conditions provided the squad with a perfect opportunity to prepare in difficult circumstances.

“On Saturday we turned up, and the rain was causing havoc for everyone out on the course, but we turned up and played five or six holes before it really got unplayable. It was a perfect chance to test their attitudes in the driving rain, and it is never easy playing in that type of weather but they all responded so well, it was a testament to their characters,”

With qualification on the line, squad members Cooper Starkey, Jake Davis and Jacob Lamb arrived on Sunday at Bathurst Golf Club, knowing a strong round of golf could put them in the running to qualify.

After a very competitive match play round, it was Starkey and Davis who finished one stroke ahead of Lamb to claim the two spots available for Team South.

“The tournament is very competitive, featuring match play in foursomes, fourball and individual matches, between the northern and southern academies in the state. So we felt that testing them in a competition situation was a perfect way to assess how they would go out on the golf course and how they would manage themselves competing against others,” McLean said.

“We wanted to assess all their mental and physical attributes because we know in tournament play attitude can be really influential towards the result and morale of your team. But as expected all our golfers showed tremendous spirit throughout the weekend, and they all showed tremendous character and skills.”

Starkey and Davis will now form part of the Southern Team made up of ten other players from the Illawarra, South Eastern, Southern Sports and South West Sydney Academies of Sport for the tournament to be held on 28-30 May.