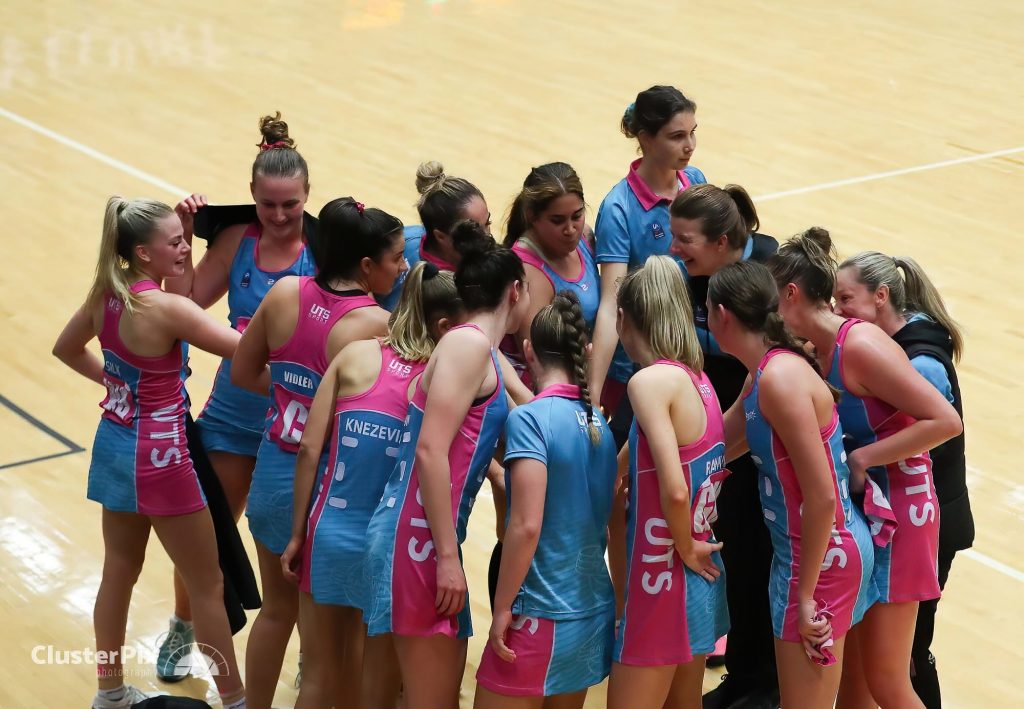 One in, all in for the UTS Sparks. (Source: Clusterpix Photography)

Lilli Mooney and her UTS Sparks under 23s team mates are four quarters away from claiming the Origin Energy Premier League title. Trailing for most of their semi-final, the Sparks produced a monumental effort in perseverance, team work and focus to claim a 51-47 victory over the Central Coast Heart.

But for Mooney who shot seven from seven in the first quarter of the semi-final, this moment was three years in the making. Missing out on selection in her first netball trial with Western Region Academy of Sport (WRAS), she credits the feedback she got from the coaches as a driving force that pushed her out of her comfort zone.

“When I first missed out on selection I worked hard on the specific feedback the coaches gave me and that experience and all my experiences with WRAS has taught me hard work pays off. The WRAS coaches like Linda Macleod, have elite coaching background and helped me prepare for the move into a professional environment like the UTS Sparks.”

“WRAS was such a great foundation for where I have gone this year and where I want to go. I feel as though the skills I have learnt through my two years in the Greater Bank WRAS netball program have given me such a great opportunity to improve beyond any level I could imagine,” 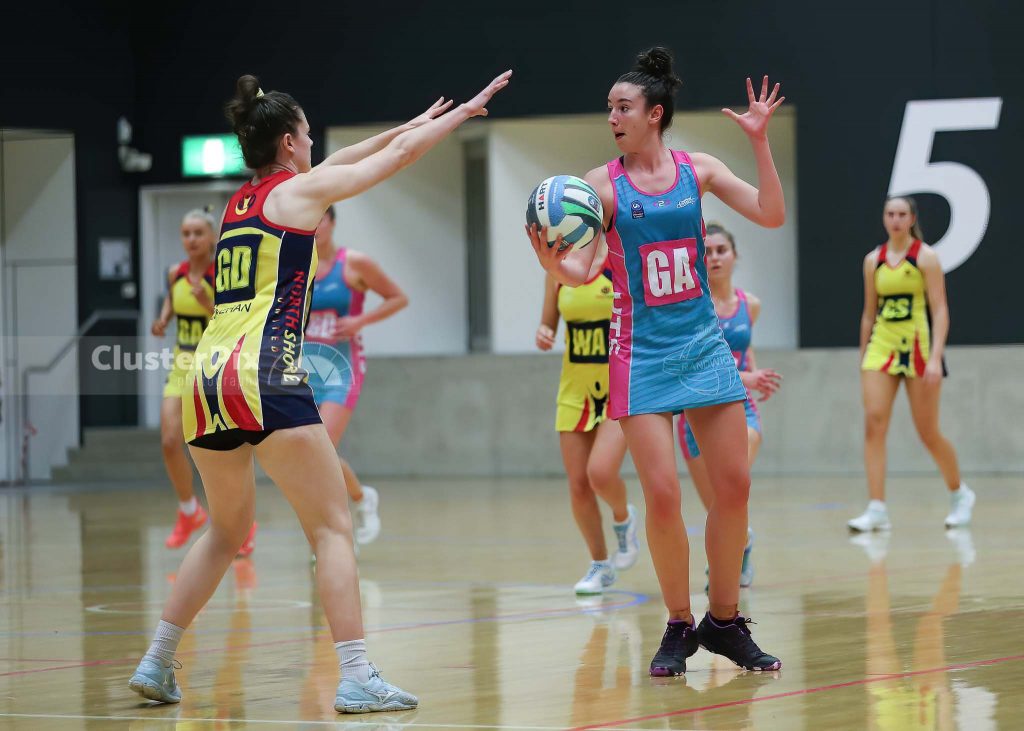 Now with one sleep to go before the grand final, Mooney says her performances and improvement within the team is a testament to the encouragement everyone has shown.

“The lessons I learnt at WRAS helped prepare me for the challenges that come with playing and training at that next level and the UTS Sparks have just built an awesome atmosphere during the season. The team’s performance in the semi just summed up what we are all about,”

“Everyone remained focused, worked together and took on our coaches feedback to execute our coaches game plan and now we have made it, it’s unbelievable. I know some nerves will be there in the build up to the grand final, but I am so incredibly excited and grateful to have made it this far,”

“I wouldn’t want to do it with any other girls, we’ve come so far as a team, I have learnt so much from this organisation and WRAS and we are so excited to see what is possible come Tuesday,”

The sparks will face off against the South Coast Blaze who come into the grand final following a dominant 65-40 victory over North Shore United. With the Sparks and Blaze both finishing on top of their respective conferences in the group stage, the game will crown the true champion of the Under 23s division. But Mooney knows it’s the lessons the team and herself have learnt that will define the result.

“Every game our team has grown by improving our timing and accuracy of what we do on court, which has helped develop the importance of everyone’s position. But the focus the whole organisation puts on ball skills and fitness are our defining features on the court and hopefully it can hold us in good stead for the final game.”

The live stream of the grand final and 3rd place playoff is available here: https://www.bartvsports.com.au/netball/