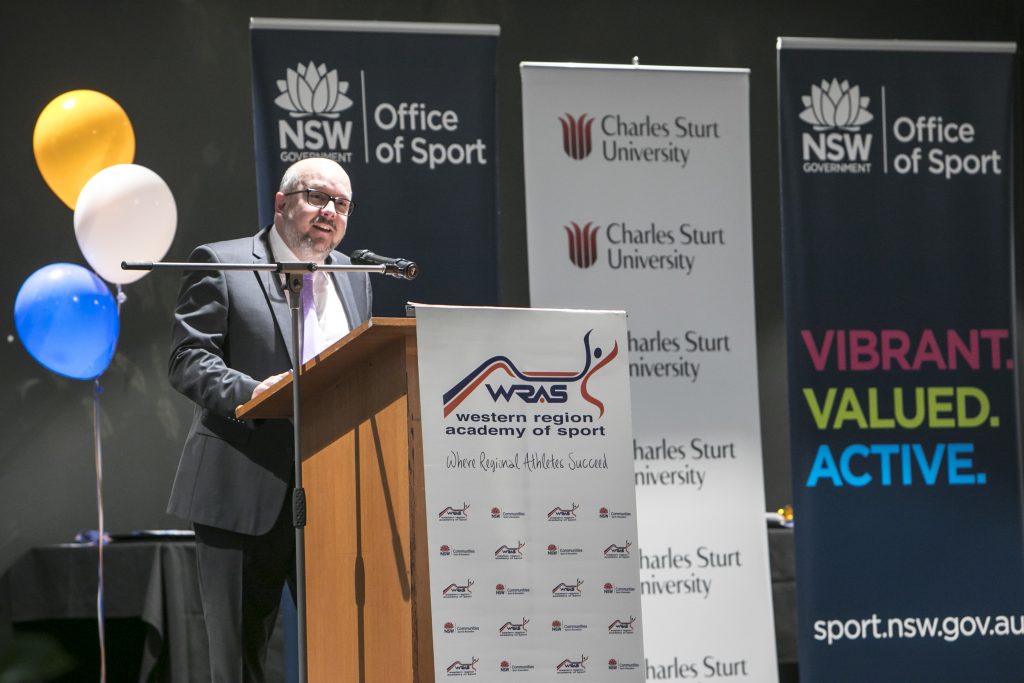 A common theme for those involved with WRAS, is their desire to improve the opportunities of regional athletes.

For Matthew Irvine, that passion has led to a 15-year involvement with the business and corporate governance of the academy which he has thoroughly enjoyed.

His time with the academy has been split in phases, the first of which was from 2004 to 2009 after then WRAS Chairman Norm Mann saw the value in his potential contributions.

A move overseas saw Irvine take some time away from the academy before returning 2012 as the chairman of the WRAS board a role he stills continues to cherish.

“The role is a fulfilling and rewarding one and I have relished the opportunity to work with the fulltime staff at the academy to champion our cause with local and state governments, state sporting organisations, and our collective body, Regional Academies of Sport (RASi),”

“No talented and committed athlete should be put at a disadvantage because they don’t live in a metropolitan area, and I have really enjoyed the advocacy and networking aspects of the role,”

“The pride I feel in WRAS comes from knowing that we have demonstrably contributed to young people ‘making it’ as athletes and as people. This sort of success doesn’t just happen. It takes talent, commitment, structure, fit-for-purpose systems, and sound governance,” 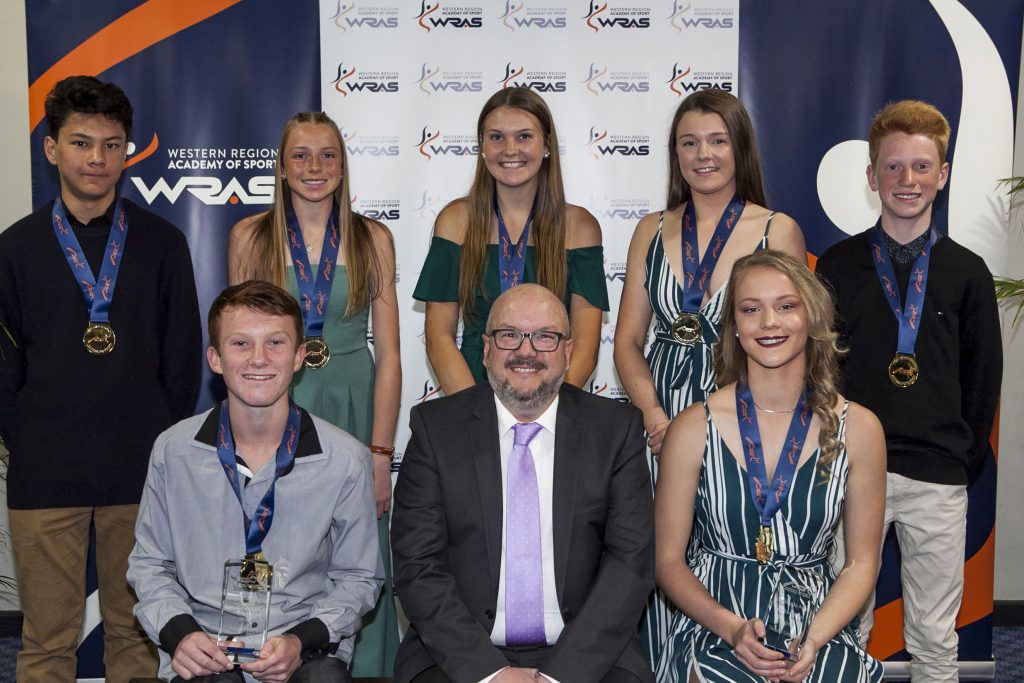 Matthew Irvine (centre) with award winners at the 2018 Presentation Night

Which is something Irvine brings in spades with three degrees from Charles Sturt University and a Master of Leadership (Business Leadership) from Deakin University.

He has also collected a wealth of experience being chairman for several boards in the central west including the Western NSW Local Health District. As a result, Matthew has played an incredible background role in contributing to the legal and regulatory measurements for WRAS.

“It is really important that organisations no matter the size strive to conduct their operations legally and in a way that is morally above reproach, so that is what I tried to bring to WRAS. 95% of the time as WRAS Chairman it’s ‘business as usual’, but it is the other 5% of occasions where I feel my experience adds the most value,”

“From crisis meetings with government about funding, handling disputes which are rare or assessing and mitigating risks to our athletes. Nobody ever likes to think that things could go wrong, but Candice Boggs [current WRAS Executive Officer] and I have developed a sound understanding of risk and as such have a series of scalable responses ready to roll out.”

In his words it takes a number of committed stakeholders to contribute to ensuring our athletes have the opportunity to succeed.

Matthew Irvine has undoubtably contributed to creating that environment for our academy, and we can not thank him enough for the whole-hearted effort he has given over his tenure.