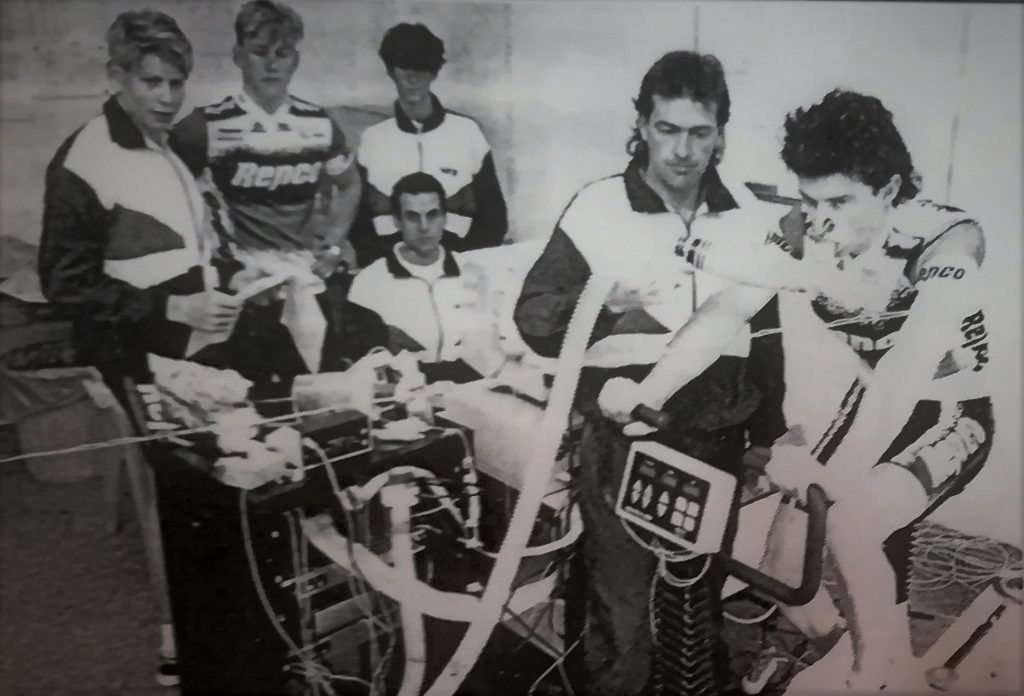 From Lisbon to Cape Town and Italy, cycling has offered Mark Windsor a front row seat to the world. This self-professed cycling lover and historian says his chance to witness the world all started with his time at Western Region Academy of Sport (WRAS).

A lecture in Orange during the 1990s from one of the world’s leading sports scientist Professor Tudor Bompa about periodising athlete’s training programs changed Windsor forever, and with it flipped the script on how he coached cycling.

“It was a perfect storm of having this knowledge of periodisation and thinking of we have to do this, and the academy giving me all these network opportunities, in terms of sport and exploring the science of coaching,” Windsor remarked. 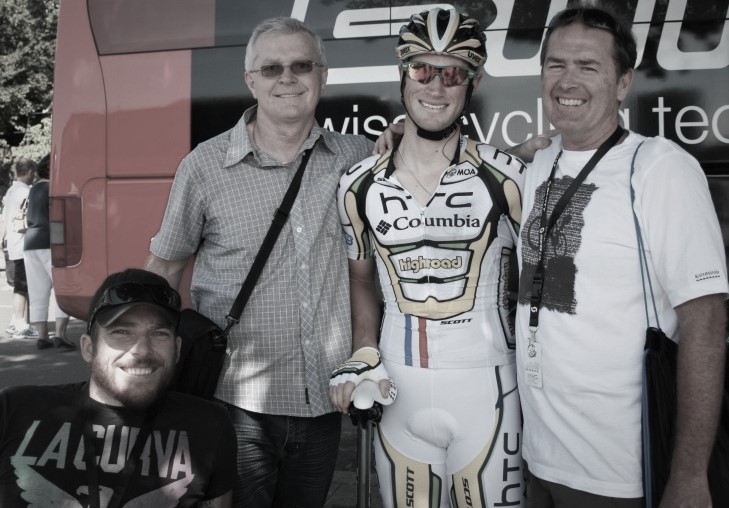 “That is what allowed Gus [Dawson] and I to work really well together, he did all the practical skills with the athletes like motor pace and all those sorts of things and I focused with the sports testing part of it, so we both got pretty good at judging what each person needed to improve,”

Windsor was the inaugural coach of the cycling program between 1992-1997, then returned to co-coach with Gus Dawson between 1999-2001. Overseeing the rise of so many successful riders, this new age strategy changed the entire dynamic of western region cycling.

“Prior to the academy starting up, elite junior riders from the western region would have to go down to Sydney and join a club and say they were from a Sydney club to get into higher pathways,”

“But the academy gave me a high enough level as a coach to help other coaches understand the data and make sure our region’s athletes were not underestimated. We were even getting calls from [then Australian cycling coach] Heiko Salzwedel ringing us up to find out what we are doing so we got a trip to Adelaide to show off what we found,”

“We thought we had a stumbled across the elixir of how to train everybody, but we realised working with athletes like Kelvin Martin and Mark Renshaw through the academy we were forced into doing more testing because the process required better understanding to ensure the strategy would work for each individual,”

Mark Renshaw, echoed those comments recalling the level of dedication Windsor paid to every single athlete helping establish him as a nationally revered coach.

“He was one of the most caring and enthusiastic coaches during my time. He would look after so many young riders and I can remember his home phone would never stop ringing,”

“His wife [Kerryn] probably got frustrated, but they both probably loved helping the athletes as much as they could. He structured his programs really well for young kids, periodically helped kids prepare for the big events. He put in a lot of thinking about the structure that went into training.”

Windsor who graduated through the coaching ranks to be involved with the NSWIS, AIS and overseas programs, says his love for coaching is sparked by his passion for people and exploring the deeper side of cycling and life.

“I enjoy teaching because I feel somewhat responsible in helping these athlete’s excel and that’s why I enjoy teaching the sport. I think participating in sport helps make well rounded kids,”

“But I enjoyed that everyone was so different and so complex, and it is so difficult to get the best out of an athlete. But the benefit of a regional academy is that you get to be in field with your athletes and learn their specific traits, which is something that people always underestimate,”

Despite his years of service, Mark Windsor is still helping athletes pursue their dreams adding the rise of central west cycling through the past 30 years comes from the region’s ability to produce high level athletes. 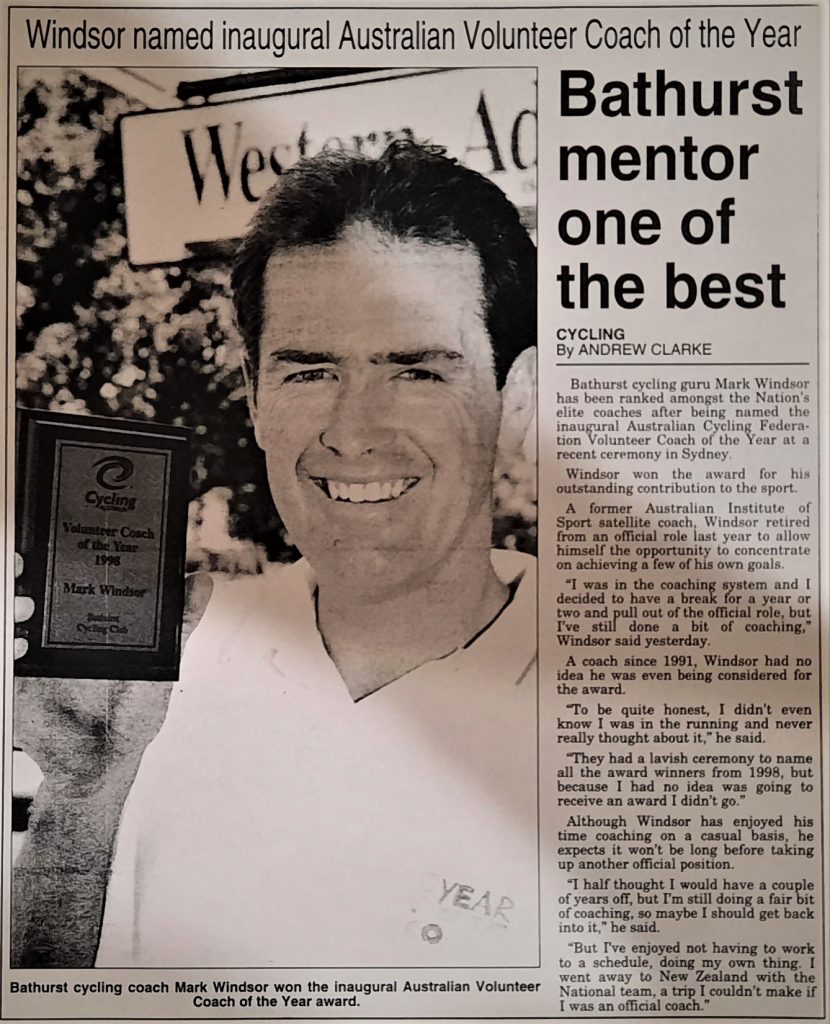 Pointing to the racing history of the central west and the hilly and flat terrains suited to building riders resilience and endurance, Windsor remarked his success and the region’s cycling success was intertwined with the academy’s link to so many resources.

“It’s been the academy’s ability to tap into so many areas of success that has continued its rise every year. It’s unbelievable where the academy has got to,

“In the first year we were getting whipped and then we got into all this testing stuff and the one that really shocked everyone was the International criterium race series with German Jan Ullrich, the top junior bike rider in the world at the time, and later a world champion and Tour de France winner”

“It shocked me that in the middle of these teams from around the world, there was an academy program from the central west about to go up against the best riders and four of our riders finished in the top 15,”

“The important thing that WRAS can offer, is it allows you to get involved with the athletes around your same age that are similar to you that have a talent and a need to do it, but the bottom line is, if you can go and do it [your sport] and enjoy it for the right reason you’ll be with those people for the rest of your life,”

“Although sometimes, you might be competing against them at the end of the day you’ll go up to them and shake their hands as representatives of the western region and that will allow you to achieve all those goals that you set,”

It was a pleasure to interview and learn about Mark Windsor’s coaching journey and philosophy for the We Are WRAS campaign. On behalf of our community we would like to thank Mark for his continued support and interest of the academy and his tremendous efforts in revolutionising our cycling program