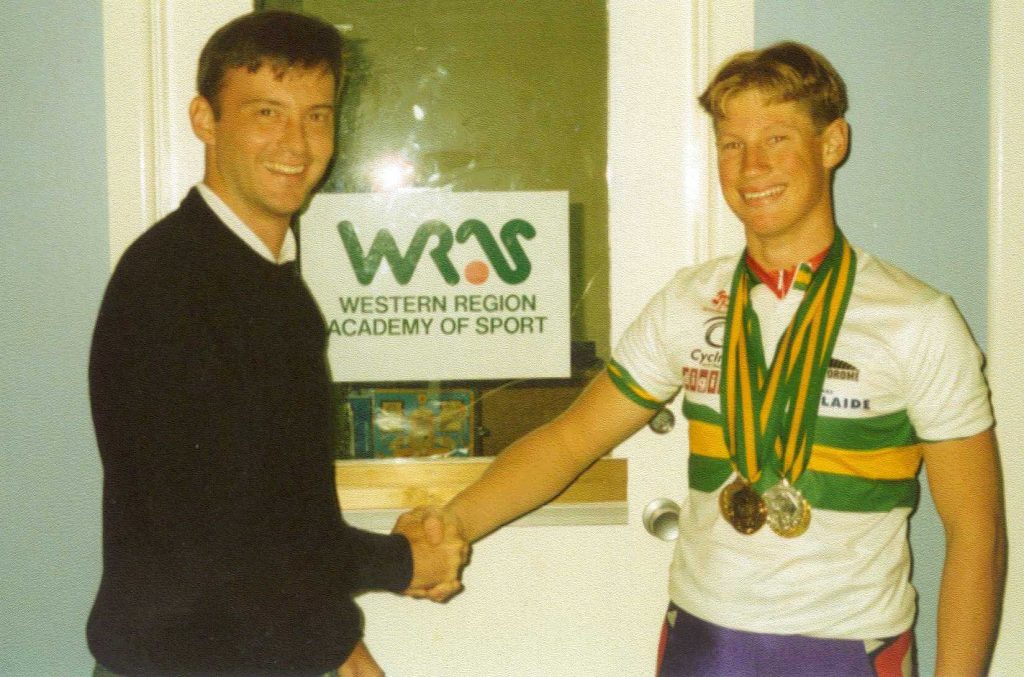 During his rise in track cycling, Mark Renshaw claimed the Team Sprint and Kilo junior world titles and senior world titles in the Team Pursuit. Put together with his collection of multiple national titles at the junior and senior championships, he was a superb cyclist.

Making the state, national and Olympic track teams, Mark showed he had the talents to transition into endurance road racing, where he continued his national and international success cycling at 10 Tour de France’s, six Giro d’Italia’s and two Tour of Spain’s.

Enjoying the individual element of cycling, Renshaw transformed how the sport was performed at the highest level. Introduced to cycling at the Bathurst Cycling Club ‘Come Try Day’, he quickly realised he had found his sport.

Starting on a BMX bike at 10, by the age of 12, Renshaw was racing competitive track events. With evident talent, it only took another two years to turn his potential into unbelievable results. 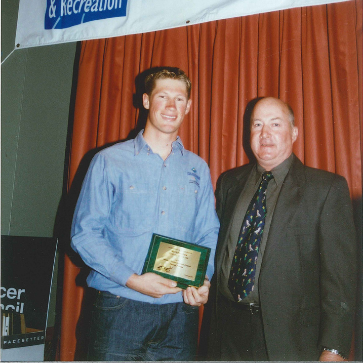 Starting with the WRAS cycling program in 1995 and finishing in 1999, Renshaw still remembers what it meant to join the squad.

“Before WRAS, I was just racing a lot of club level competitions, but once you start to win a lot of junior club races, the goal was always to make it into the academy,” he explained.

“The goal was always to make it into WRAS. Mum and dad weren’t in a position to fund my racing career at that stage as a 12 or 13 year old, so any help back then was a massive help. Whether it was the entry fees or petrol money or even clothing, it was quite a big help to have that level of support behind you especially so early on,”

Reflecting on his time with the program, Renshaw said it was and still is a massive achievement to make the squad, especially at a young age.

“Being a part of those early days with WRAS, looking back on it especially after accomplishing so much, it was pretty special to wear those colours and being one of those riders and knowing you were just that little bit better than the rest of the field. That always gave you a little bit of extra confidence in a race,”

As many WRAS cyclists have done in recent years, Mark progressed through the state cycling pathways to NSWIS. He credits his time with WRAS for building his fundamental skills of how to race and how to handle the bike that helped him succeed. 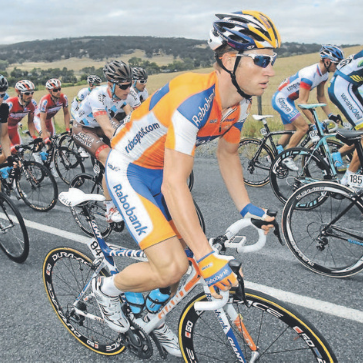 “We use to practice all the skills that go into elite cycling to help us understand what we needed, even media skills. For instance, we practiced coasting racing, where you race down a hill, but you can’t pedal, so it’s all about coasting and aerodynamics. In this race, you learnt how to always be in the wheels [of your opponent] up until the final moments,”

Those skills even became transferable in his professional career, with Renshaw recalling the time he taught his teammates the same skills.

“When I joined Rabobank, I had the guys do it [coasting practice] over there but they had never done it before. So you have professionals, now trying to understand a game I regularly played as a 12 year old in WRAS to help reinforce the importance of the skills like timing, positioning and the right moment,”

The man responsible for building those foundations was Mark Windsor, the WRAS Cycling Coach from 1995-1997 & 1999-2001. He described Renshaw as a passionate athlete eager to learn and train.

“I could see that he was hungry and trainable, every year we knew he could improve. He had the passion that helped him make that extra step to professional racing. Through the academy process, he learnt a sense of independence and let him decide, to show we were confident in him to work out his pursuit of professional cycling,” Windsor remarked. 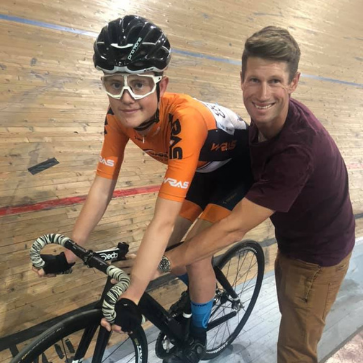 L-R: Luke Tuckwell given a push start by Mark Renshaw at the 2019 U17 Clarence Street Cup Wheelrace

That work ethic helped him develop skills that redefined how lead out cyclists rode in the pro peloton. With a wealth of knowledge built up during an amazing career, that saw him inducted into the WRAS hall of fame in 2001, Mark has made every effort to assist the next generation of WRAS athletes throughout his career.

From turning up to track events to give our athletes a push start, teaching them about the Madison (a cycling relay style event), or speaking at presentation dinners, he has always been willing to help our athlete’s at every turn.

On behalf of the WRAS community, we would like to congratulate Mark on an incredible career that we all have thoroughly loved watching every bit of success he has earnt. We want to thank Mark for giving up his time for the We Are WRAS campaign.

His ability to continue to give back by telling his story, developing and inspiring the junior athletes at WRAS has been a great resource for the academy and one we continue to treasure.