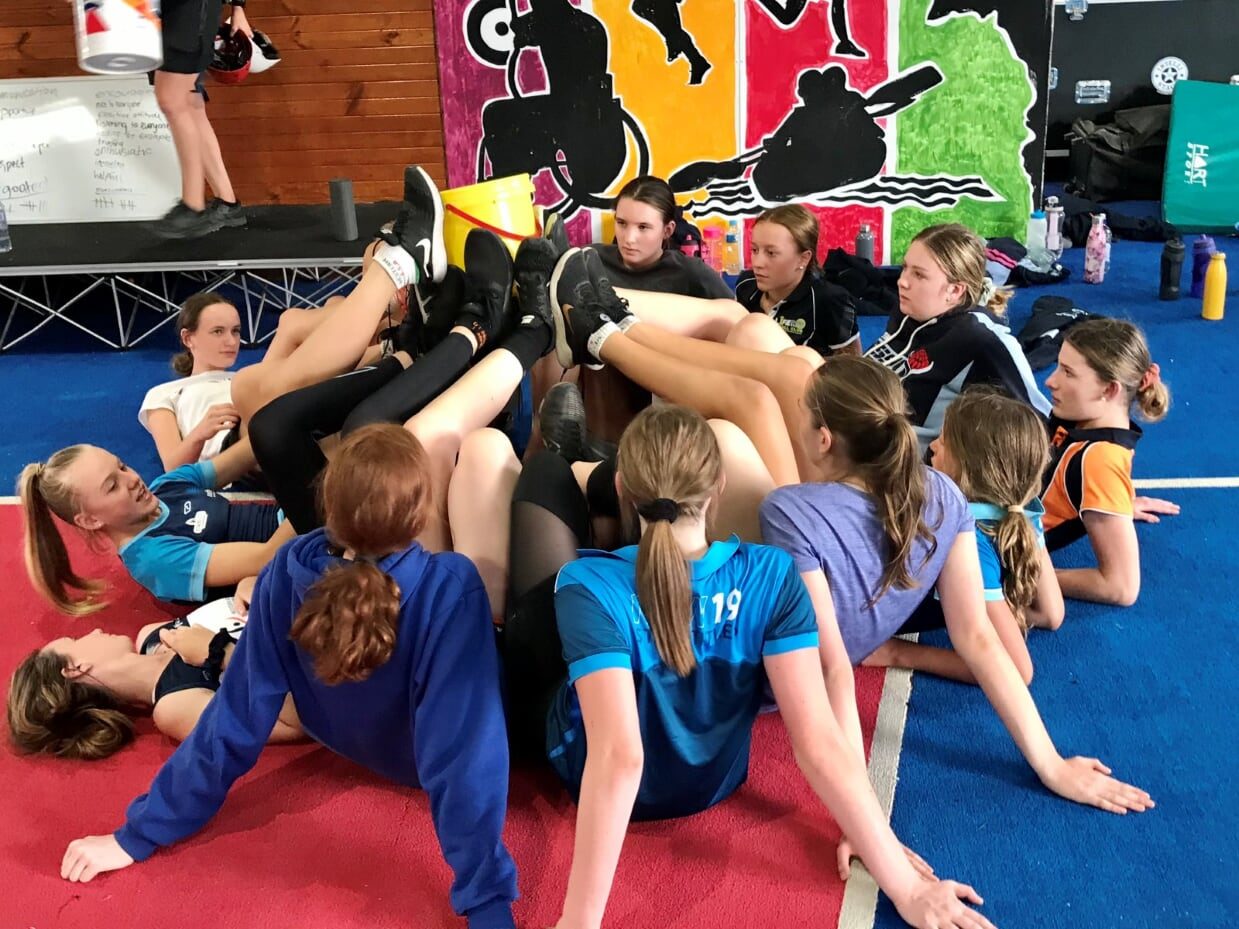 Squad members learning chemistry is not so easy to master

The 2020 Netball squad for the Western Region Academy of Sport (WRAS) is capitalising on a tried and tested collaborative process to drive this year’s season.

In the build up to Academy Games, the squad have finished phase one of their preparations which featured a trip to Lake Burrendong prior to Sunday’s first training day in Dubbo.

Head Coach of the program Linda Macleod, said her aim of gelling the athletes at Lake Burrnedong prior to their first training, was all about building team cohesion and learning from different situations.

“So we did a bit of physical stuff that pushed everyone out of their comfort zones which really helped build that chemistry and culture heading forward.” 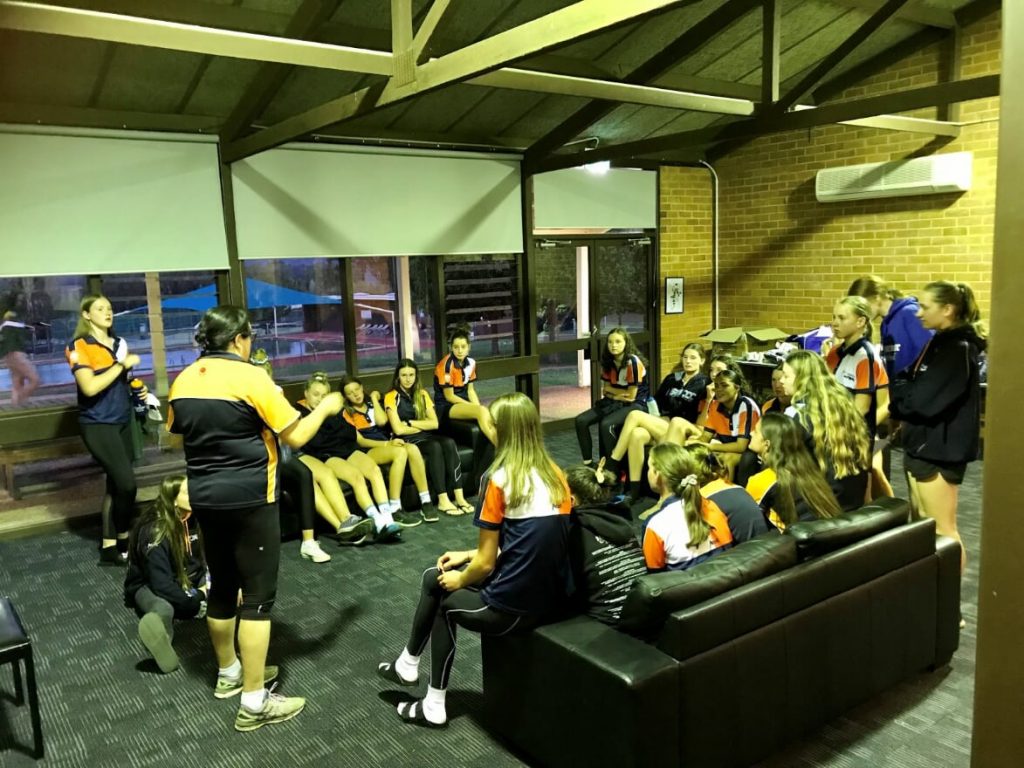 The Netball squad discussing their 2020 culture

With the mornings set aside for athletes and coaches to participate in rock climbing and plenty of blindfolded team challenges, the nights were used to pinpoint how the year would take place.

“We did physical team building stuff during the day and then at night used the activities to discuss what they wanted to get out of the academy,

“Then as coaches we worked on how best we could best achieve that, and what our culture would be like to help the girls achieve those goals.”

MacLeod said the chance to bond at Lake Burrnedong was the perfect kick start heading into their first training session.

“We built a lot of momentum coming out of the camp, which helped us get straight into looking at our basic skills in Dubbo,”

“This is the third year we have used this camp as our springboard before we hit the court, because before we focus on our skills we wanted to make sure the team was united together,”

“Then by Sunday I knew we could just hone in and make sure our passing, footwork and movement skills were in tip top shape with the [Academy] Games fast approaching.”

The Dubbo training was also set aside for Individual Athlete Plans, with MacLeod saying she used the opportunity to understand how the coaches could help improve each individual athlete.

“These plans are a part of the WRAS and Netball NSW program so it was perfect during the day I was able to speak to each athlete one on one,

“It’s such a vital part of the program as it just helps our girls target their strengths and areas for development, so we as coaches during the year we can identify them and help them progress certain skills over the next 12 months,”

The Netball Squad will reconvene for their second training day in Bathurst on the 7th March.