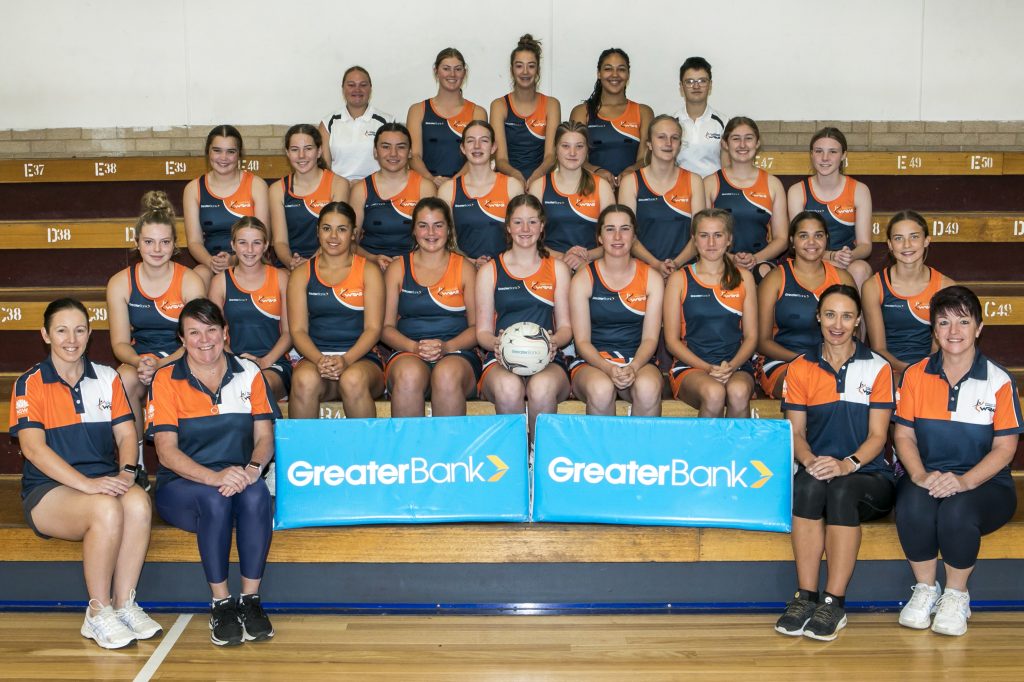 The Central West’s best young netballers are taking an important step in their representative journey, being named in the Western Region Academy of Sport’s 2022 Netball program.

After enduring two COVID-interrupted seasons, the 22-member squad was full of enthusiasm when they assembled for the first time this season for a two-day camp at Bathurst Indoor Stadium on 5 and 6 February.

The athletes took part in a series of fitness tests, as well as being put through their paces on the court and working through the fundamentals of the sport, the group also participated in a range of activities to improve communication, build relationships, and established stronger bonds among the players.

The Academy’s netball program aligns with the Netball NSW Athlete Pathway Framework and features on court skills training, fitness, and athlete education. It also plays a vital role in identifying, monitoring, and developing the skills of young netballers.

Caitlin Cox from Orange and Dubbo’s Ansune Gouws, also joined the squad as part of the academy’s inaugural Netball Umpires program. They will undertake a similar schedule of training to the netballers, as well as receiving quality game education and development opportunities delivered by leading game officials.

Heading up this year’s program is long-time servant of the sport, Dubbo’s Linda Macleod, who has been part of the Academy netball program for more than 10 years.

Also returning this season is major sponsor, Greater Bank, who recently extended its support of the WRAS Netball program for a further three years after initially signing on in 2019.

Community Engagement Manager, Ingrid Kaczor, said the organisation has been incredibly impressed by the dedication and achievements of all involved in the program, which was the key in their decision to extend the partnership.

“COVID created many challenges for all involved in the program over the last two years and there was an incredible amount of work that was conducted behind the scenes to adjust the programs and ensure the athletes could continue their progression in the sport,” Ingrid said.

“It has been inspiring to witness the collective dedication and commitment of coaches, administrators and, of course, the athletes, and we are very much looking forward to joining them for the next three years in what we hope will see the resumption of some normality for all.”

“Our ongoing partnership with the Western Region Academy of Sport will not only provide financial support for the netball program, but we will also be conducting financial literacy education sessions in association with the University of Newcastle that will assist the athletes in their personal development off the court.”

The squad will come together regularly over the coming months for training camps in Bathurst, Dubbo and Orange, before representing WRAS at the 2022 Your Local Club Academy Games in Wagga Wagga from 8 to 10 April. They will also travel to Port Macquarie in September where they will compete against 10 other Regional Academies of Sport (RAS) from across the state in the Greater Bank Academy Challenge.

Click here to find out more about the Greater Bank WRAS Netball program.