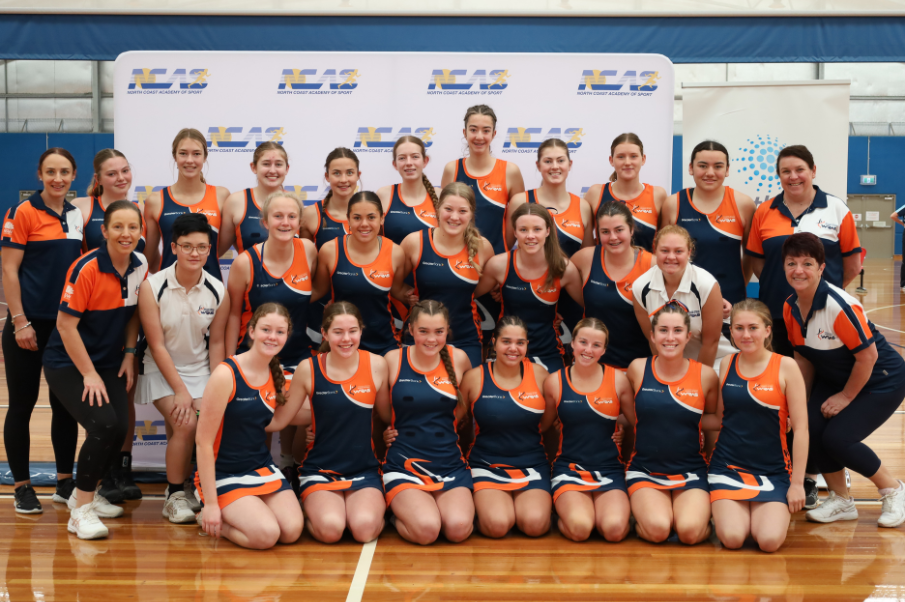 The 2022 Greater Bank Netball Athlete and Umpire program has officially wrapped up following a rewarding experience at the Academy Challenge held from 24-26 September in Port Macquarie.

Hosted by the North Coast Academy of Sport, the event allowed our athletes and coaches to develop their skills in an elite-level environment with Netball NSW mentoring coaches and scouting talent.

Saturday saw all players and coaches at the event arranged into mixed teams as a development opportunity with the day finishing with a fluro-themed dinner.

The academy versus academy round-robin tournament took place across Sunday and Monday with all the girls showcasing true dedication through both individual and team performances.

At the Academy Challenge, Ansune Gouws successfully earned her National B Umpiring Badge which was a testament to the hard work and commitment she displayed throughout the year.

Jorja Bennetts (Div 1) and Eva Marchant (Div 2) were announced as the joint Greater Bank WRAS MVPS following their performances over the three days.

All the girls showcased true dedication through both individual and team performances throughout the weekend. Congratulations to all our graduating athletes on a terrific 2022 Greater Bank Netball Program.