The Western Region Academy of Sport (WRAS) held its annual presentation evening at Panthers Bathurst on Saturday 13 August 2022.  With just under 350 guests in attendance, the evening celebrated graduating athletes from the 2021/22 WRAS programs whilst recognising their extensive sporting achievements over the past 12 months.

The WRAS award categories for the presentation evening included; Strength & Conditioning, Coach’s Award, Outstanding Achievement by an Aboriginal and/or Torres Strait Islander, Chairman’s Nominee’s for Excellence and the Squad Athlete of the Year for each program.

Athletes nominated for the Chairman’s award would be considered for the major award; the 2022 WRAS Chairmans Award for Excellence. The athlete of the year for each sport program would be in contention for the most prestigious WRAS award; 2022 WRAS Athlete of the Year.

Aaron Houston (Para-Sports – Athletics) was announced as the 2022 WRAS Athlete of the Year runner-up.

Aaron had a host of impressive results in the 2021/22 athletics season that has seen him finish the year ranked number one nationally in his classification for 5km. Throughout the year Houston claimed two state titles in the U20s para men’s 800m & 1500m events. While he secured the national U20s para men’s crown in the 1500m at the Australian Athletics Championships. Houston was also selected to represent the Regional Australia team in the 1500m and 5000m at the Oceania Athletics Championships.

The Chairman’s Award for Excellence was presented to Cycling’s, Xavier Bland of Orange. Xavier was a consistent performer for the WRAS Cycling Squad this year balancing his sporting commitments with a very challenging HSC study load and part-time work. Xavier won 7 medals at the NSW Track championships which earnt him selection to represent NSW at the 2022 National Road Track Championships where he won gold in the team sprint and bronze in both the time trial and individual sprint. Xavier is also a dedicated and engaged member of his school (James Sheehan High School) and the Orange Cycling Club communities.

Millie Sutcliffe (Basketball) from Dubbo was also announced as the inaugural recipient after compiling an incredible list of achievements over the past 12 months. Millie was selected into the Junior NBA camp prior to the National Indigenous Basketball Tournament, where she captained and represented NSW. At the conclusion of that tournament Sutcliffe was named in the All-Star 5. Sutcliffe was also a part of the U16s Basketball NSW State Performance Program and the U16s WRAS girls’ side that won gold at the 2022 Academy Games.

The Squad Athletes of the Year (highest achievers in their sport) were:

The Coach’s Award recipients (for the most dedicated or improved athlete) were:

The Chairman’s Nominee’s for Excellence recipients were:

The 2022 Chairman’s Award for Excellence was won by Xavier Bland.

Outstanding achievement by an Aboriginal and/or Torres Strait Islander athlete:

The Strength and Conditioning Award recipients (for the most dedicated or improved athlete in S&C sessions) were: 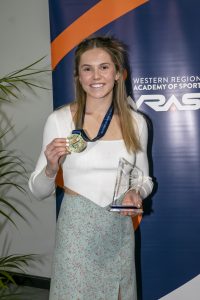 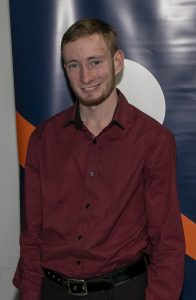 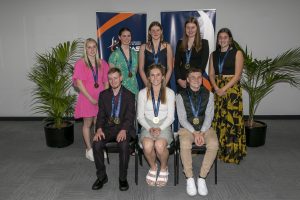 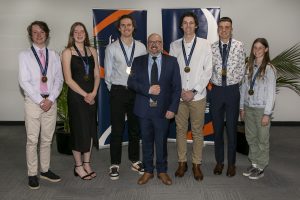 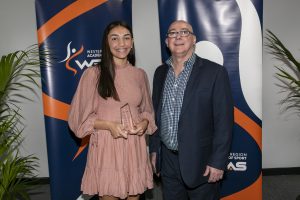